Franck Riboud, who was at the helm of the company for more than two decades, played a pivotal role in making Danone one of the most influential food companies in the world. A passion for growth, performance and competition. 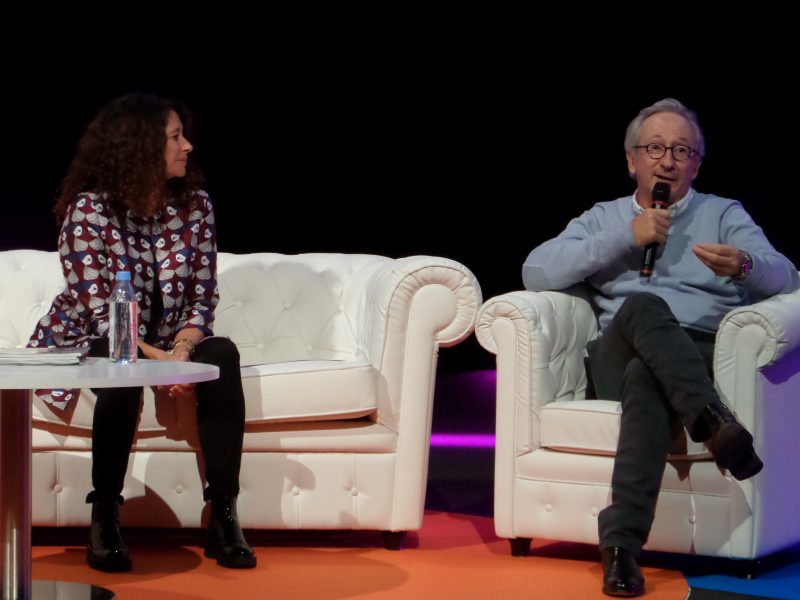 Contributors control their own work and posted freely to our site. If you need to flag this entry as abusive, send us an email. Nobly resisting the temptation to write back saying "Pear shaped might work", I proposed that "Ethical Leadership - lessons from Macbeth" and "Sustainable Leadership - lessons from As You Like It" should fit the bill for the two dinner discussion meetings I was invited to host.

The last time I worked at Davos was at the meeting entitled "Building Trust", in the wake of the big corporate scandals Enron and WorldCom. They seem to turn to Shakespeare in a crisis - maybe I could convince some of the attendees that if they really took the lessons from Shakespeare on board in the good times they would be more prepared for the bad I came away from the five days exhausted, stimulated and - perhaps strangely - hopeful.

The key message I left with was that as a global community we have a unique window of opportunity to start doing things differently - and that if we act wisely now, we will be able to use the current crisis as a major turning point towards a more sustainable future.

There are plenty of fears and uncertainties to contend with, to be sure, and the trouble is far from over. Vladimir Putin who probably did more to reveal the extent of his concern by just showing up said "We are far from understanding the full extent of the crisis"; the French Minister Of Economy, Industry and Employment, Christine Lagarde, revealed; "We have spent three months navigating in the dark under the threat of collapse - the two greatest risks now are social unrest and protectionism"; while Gordon Brown admitted that no one knew what to expect because it was one of a kind; "This is the first financial crisis of the global age - the trouble is that the mechanism created for spreading risk became the means whereby we spread contagion.

The good news for some was that it was thought extremely unlikely that any other important financial institution would be allowed to sink - but it was also clear that while profit has been privatized, debt will need to be nationalized! The recession is likely to get worse for another year and then take 4- 6 more to recover from, after that - so, on a purely material level, we are unlikely to reach the same level of apparent prosperity and growth that we had attained by the beginning of for at least another 5 years.

At this point you may well be asking "Where's the hope in that"? However, those of you familiar with our work will know that material abundance is only ever part of a meaningful organisational purpose.

Our core purpose is to develop authentic leaders that can serve the triple bottom line; helping the planet, as well as profit and people. It was the increasing awareness of this multi-dimensional role requirement of modern leadership, even in the midst of apparent doom and gloom, which left me optimistic about the future.

While there were undoubtedly a number of CEOs and world experts present who busied themselves protecting their personal reputations from being tarred with the bankers brush; and many others whose sole priority appeared to be arguing for more stringent regulation to enable a swift return to "business as usual"; there were an increasing number of voices that would normally have been relegated to the fringe whose message had moved more centre stage.

The WEF founder Klaus Schwab opened the event with a strong message that "Our leaders have let us down, the world is out of balance. We need to look at the world in a holistic and systemic way and we need to better shape the ethical basis of business to provide true value to society But as a research scientist pointed out at the dinner session on Macbeth; "There is only one organism in nature whose sole survival strategy is continual growth - a cancer cell.

According to the Nobel prize-winning economist, Joseph Stiglitz, the old US model of increasing happiness through increasing consumption is fatally flawed.

The French President, Nicolas Sarkozy, is researching how to introduce a new tool to measure social progress rather than financial growth as evidence of a nation's success; while Jim Wallis, CEO of Sojourners, was adamant that "We need to redefine what a company is for - and we need a new kind of self-regulation; at present we trust the invisible hand, which has no inherent virtue.

Macbeth, having just decided to kill his good friend Banquo, asks the powers of darkness to cut him free from his conscience, perhaps even from his soul - "Come seeling Night, Scarf up the tender eye of pitiful Day, And, with thy bloody and invisible hand, Cancel and tear to pieces, that great bond Which keep me pale!

Things bad begun make strong themselves by ill" Act III scene 2, l Far from the innocent image often imagined, this first "invisible hand" was a bloody one used to cut loose an overly ambitious man from the bond of natural restraint - allowing him to strengthen his power through unenlightened or even "endarkened" self interest.

No wonder Macbeth is so popular on Wall Street! As our Ethical Leadership diners proposed, regulation is unlikely to stop this bloody invisible hand for long; innovation will always outstrip official regulation, not least because innovators get bigger bonuses than regulators and thus tend to attract brighter brains.

Yet effective self regulation will never last unless we work to expand our moral imagination as well. What seems like "the right thing to do" changes over time and in a rapidly evolving global community this will change ever quicker. Individual leaders certainly need encouragement to regularly hold up a mirror to examine their own conscience, but the world also needs a more conscious collective effort to build ethical leadership cultures.

One idea suggested by a CEO in the extraction industry was to instigate an annual "moral audit" - where leaders could gather to refocus their collective intelligence on; "Are we still doing the right thing - and, if not, what needs to change? Mohammed Yunis, founder of Grameen bank and a critic of traditional banking culture long before it was popular "There is no such thing as a human being who is not credit worthy, though there are plenty of banks that are not people worthy"headlined a panel on "Restoring Growth through Social Business".

Its purpose was to create a special yogurt called Shakti Doi, designed to fulfill the full daily nutritional requirements of children in Bangladesh - and to keep it affordable equivalent to five Euro cents. Yunis asserts that one should create a business to solve a problem, the only prerequisite for this being that entrepreneurs are willing to ask different questions and to entertain a different type of ambition; one that has community interest at its centre.

In this joint venture Danone did not ask "How can we increase our market share in India" but rather "How many children can we help get out of malnutrition this year? Yunis insists that all profits in Grameen's social business ventures are 'recycled' to research and fund the next socially beneficial idea for Grameen Danone this includes creating a biodegradable yoghurt cupthough others on the panel offered differing interpretations, ranging from low priced product with agreed low profit margins and low shareholder dividends to full for-profit companies that focus on maximizing the social benefit of their products.

However you slice it, the general assumption seemed to be that this was the first crest of a massive future wave and a harbinger of the "green economy" that was the big hope of the whole meeting. Those who invest now in social business and the green economy will have substantial advantages over all others.

As early-adopters they will build greater customer loyalty and market credibility as Toyota have found with their hybrid Prius.Franck Riboud’s family, his allegiance to his French culture, and his sense of individual ownership of the Danone brands are formidable blockades to allowing the company to be acquired.

Franck Riboud's Tribute to Danone MANAGEMENT TEAM The year has brought a new milestone in our transformation journey, with Emmanuel Faber taking up the combined role of Chairman and Chief Executive Officer to further cement the relationship between Danone’s Board of Directors and management team, and a streamlined Executive Committee to foster better collaboration and faster .

Franck Riboud succeeded his father, Antoine, as the company’s chairman and CEO in Under Riboud junior, the company continued to pursue its focus on three product groups (dairy, beverages, and cereals) and divested itself of several activities, which had become non-core.

Danone veteran Franck Riboud is stepping down as chairman, with Chief Executive Emmanuel Faber taking on both top roles in a move the French group said would ensure continuity in its strategy of focusing on the health-food sector.